How to Travel When You’re Broke 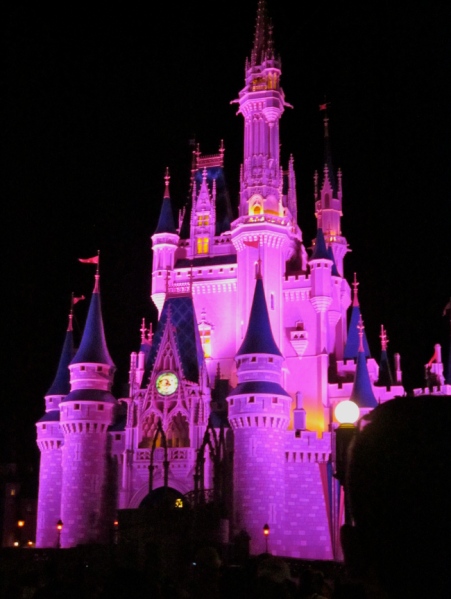 In the spring of 2011, I was unashamedly broke. I was a full-time student and part-time employee, with the load of bills that came with the territory of living on my own. Laura and I had been dating for a solid six months, and by this point in our relationship we had accepted one concrete fact: we were broke college kids. Our already honed creativity skills were put to the test by a consistent struggle to find inexpensive, adventurous activities in Oklahoma. It was during one of these exceptional (and cheap) dates that I said something horrendous to my future wife that I can never take back:

I’ve always been that kid that was completely and utterly ignorant of everything going on (hopefully some of my kindred homeschooled spirits can relate), and proved myself once again. Laura hid her disbelief like a champ, however, and after enlightening me of all the reasons why Disney was far superior to Six Flags, she promised to take me there that summer.

Now if you’ve forgotten by now, we were broke. Like froyo was a luxury broke. So I politely agreed but didn’t hold her to anything. But if there’s one thing that I didn’t know yet about Laura, its that when it comes to Disney, it gets serious. So while I was on a trip over spring break, Laura worked, and saved up enough money to drive us to Orlando and back. After experiencing the magic of Disney (which you can be sure that we will write about in the future), I said around 42 Hail Mary’s to atone up for my ignorant statement. But through that trip I not only discovered the wonders of Disney, but also the wonders of travel, and the fact that it was attainable when we were broke.

Luckily our situations have changed in the past three years, but I’m still a full-time student, and we’re both part-time servers.

So for those of you who like to skim, this is how we afford to travel:

Here are a few pointers to help you out:

Don’t get me wrong, traveling can get expensive. But the only way to travel without stressing out over finances is to save.

After all this, it really comes down to how badly you want it. As servers, Laura and I will pick up extra shifts, or volunteer to close, which can really add up, especially at peak times. We have a work hard, play hard philosophy, and I think that its the only way to start crossing off your bucket list when you’re broke.

Always remember that you’re bucket list can include experiences nearby! One of my favorite places of all time is Hamilton Pool in Austin, which is just a 4 hour drive for us. Even if you don’t have to cross an ocean to get somewhere, it is still a trip, and should be seen as one. We’ve even done staycations before, (which is a perfect way to explore you’re hometown). Just do something. You’ll never know where life will take you until you start living.