Things Disneyland is Doing Better Than the Magic Kingdom

Confession — Magic Kingdom is my favorite Disney Park in the world. That’s not because I think it’s the best done, or the most technologically advanced, but for purely nostalgic reasons, I love it the most. When the lights on Main Street come on at night, and Cinderella’s Castle starts to glow, I feel like I’m at home. It’s a feeling that I don’t get at any other theme park, and I love it. After a recent trip to Disneyland in California though, I have to admit that there are a few things they are doing better than the Florida counterpart. Here’s a few of our favorites: 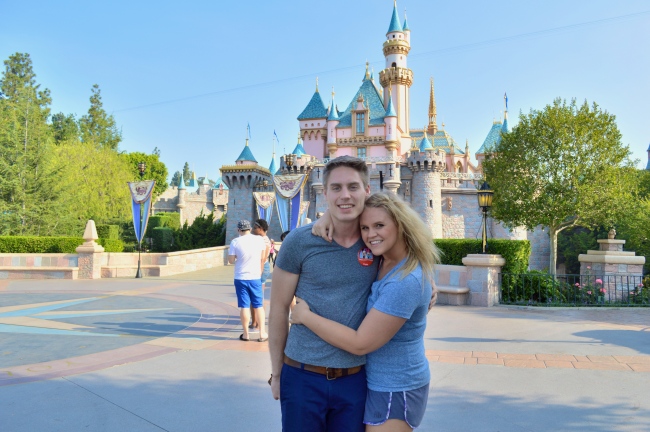 1) Disneyland’s quick service food, whether the powder-sugary goodness of the beignets in New Orleans Square, or the fried green tomato sandwich at The Hungry Bear restaurant, is currently leaps and bounds ahead of Magic Kingdom’s (with the exception of Be Our Guest). The real shining example is The Plaza Inn. Designed by Lillian Disney herself, this quaint, homey eatery makes you feel like you were invited into an turn-of-the-century home for a traditional southern meal. I’m convinced that the fried chicken came straight from heaven: it’s practically the definition of perfection. If you time it right, you can even eat on the patio or by a window and watch the parade come down Main Street. Quality atmosphere plus killer food puts The Plaza Inn high above most of the quick-service in the Magic Kingdom. (Don’t get me wrong, there’s nothing quite like experiencing Sonny Eclipse serenade you on a hot day in Florida, but overall, Disneyland takes the cake). 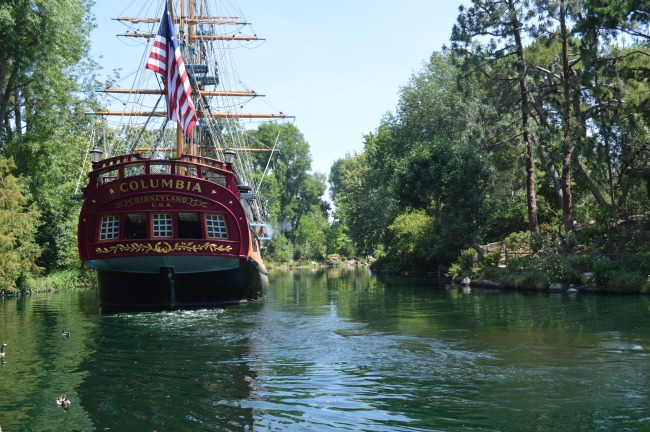 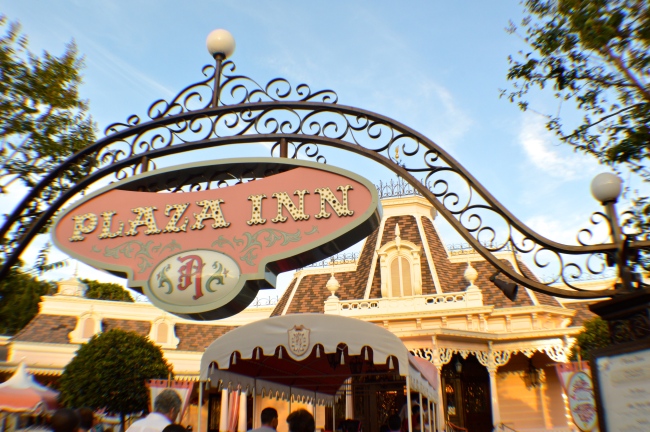 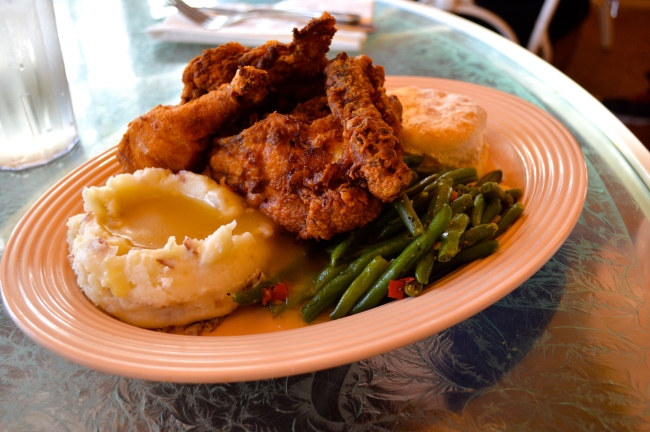 2) Personally, I find Disneyland’s Fantasyland more scenic, and also chock-full of small, lesser known attractions that Magic Kingdom has never had, or has phased out. The Storybook Canal Boats was one of our favorites, and the view of the Matterhorn Bobsleds from the teacups was magical. Fantasyland in Disneyland also feels more intimate,  because there’s just not as much space as in Disney World. We also saw a big band dance party going on that we found absolutely enchanting. 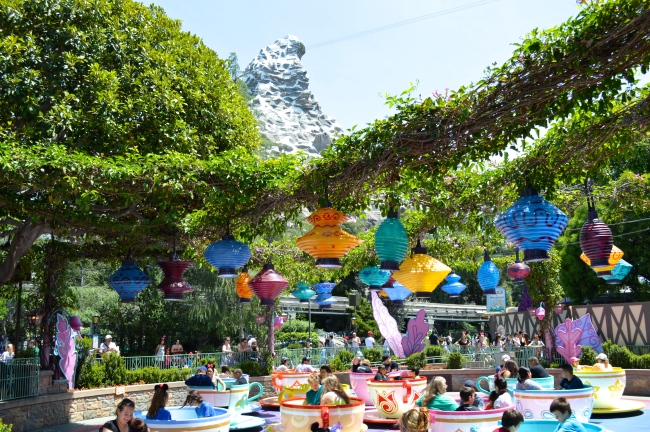 3) There’s still opportunities for random character interaction. We saw several characters roaming the parks freely, instead of just at a scheduled meet and greet. We personally ran into the Evil Queen at Snow Whites wishing well and spent some time listening to her sneer at a the few guests that wandered down that path.

4) Disneyland has rotational fireworks instead of one standing show, which appeals to those of us who frequent Disney parks. In May, the summertime fireworks show, “Magical”, included a flying Dumbo prancing around the castle, which was one of my favorite moments in a Disney show. 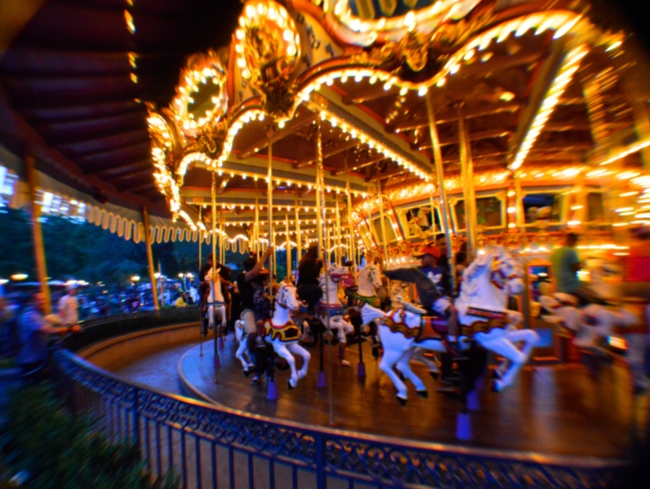 Magic Kingdom still wins out over Disneyland in my mind for many reasons, but Walt’s original theme park has many charming elements to it that set it apart. Even if you have frequented one for many years, both are worth visiting as they have many elements that make them unique.